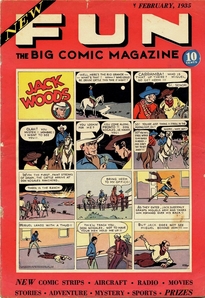 Despite the official names "National Comics" and "National Periodical Publications", the company began branding itself as "Superman-DC" as early as the 1950s,[13] and it became known colloquially as DC Comics for years before the official adoption of that name in 1977.[14]