The Indian National Science Academy (INSA) is a national academy in New Delhi for Indian scientists in all branches of science and technology.[1]

In August 2019, Dr. Chandrima Shaha was appointed as the president of Indian National Science Academy, becoming the first woman to head the INSA (for 2020–22).[2]

In 2015 INSA has constituted a junior wing for young scientists in the country named Indian National Young Academy of Sciences (INYAS) in line with other national young academies. INYAS is the academy for young scientists in India as a national young academy and is affiliated with Global Young Academy. INYAS is also a signatory of the declaration on the Core Values of Young Academies, adopted at World Science Forum, Budapest on 20 November 2019 [3]

The Genesis:[4] Indian National Science Academy (INSA), New Delhi is an autonomous institution of Dept. Science & Technology, Govt. of India. However, the origins of INSA can be traced back to the founding of National Institute of Sciences in India (NISI) in the year 1935 in Calcutta (now Kolkata). The basic objective was and continues to be to promote, nurture and safeguard the interests of sciences and scientists. The NISI was recognized by the Government of India, as a Premier National Scientific Society. NISI moved to its present premises in Delhi in 1951. A Government of India's decision in 1968 mandated INSA to represent India in all the international science fora. In 1970, NISI was given a new name- Indian National Science Academy (INSA). Its campus at the Bahadur Shah Zafar Marg came into being during 1951 with a major expansion during late 80's-mid 90's. Today the main INSA-building stands out at Bahadur Shah Zafar Marg as seven-storied, beautifully shaped Golden Jubilee Building, completed in 1996.

The Academy consists of Foundation fellows, Fellows (FNA) and Foreign Fellows. Election to the Academy is only by nomination.[5] The objectives of the academy encompass promotion of science in India including its application to national welfare, safeguarding the interests of the scientists, establishing linkages with international bodies to foster collaboration and expressing considered opinion on national issues.[citation needed]

It plays a role in promoting, recognising and rewarding excellence in scientific research. With a view to promoting the pursuit of excellence in the field of 'Science and Technology', the academy has instituted 59 awards, placed in 4 categories, viz International Awards, General Medal & Lecture Awards, Subjectwise Medals/Lectures and Awards for Young Scientists. It also publishes journals, organises scientific discussions and brings out proceedings and monographs.[citation needed] 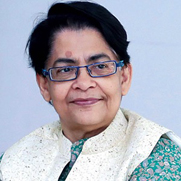