It is spoken in the southern Rhineland and along the course of the Moselle, in the Siegerland of North Rhine-Westphalia, throughout western Rhineland-Palatinate and Saarland, Luxembourg, the south of the German-speaking Community of Belgium and in the neighboring French département of Moselle (in Arrondissement of Boulay-Moselle). The Transylvanian Saxon dialect spoken in the Transylvania region of Romania is derived from this dialect as a result of the emigration of numerous "Transylvanian Saxons" between 1100 and 1300, primarily from areas in which the Moselle Franconian dialect was then spoken. 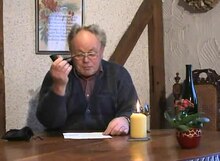 The transition between "dialect" and "separate language" is fluid.[1]

Distribution of the Franconian dialects of the dialect continuum in the Lower (yellow), Central (green) and Upper German (blue) language regions

Also considered part of the Moselle Franconian language are the variants of Lorraine Franconian, Luxembourgish[3][4] and Transylvanian Saxon dialect.

Some Moselle Franconian dialects have developed into standardized varieties which can be considered separate languages, especially due to the limited intelligibility of some dialects for pure Standard German speakers:

In Luxembourg, most speakers of Luxembourgish are bilingual (sometimes trilingual when one counts French) with Standard German, much like speakers of Moselle Franconian dialects spoken in Germany as well as speakers of Alemannic German in Baden-Württemberg and Switzerland.