The Waite Court presided over the end of the Reconstruction Era, and the start of the Gilded Age. It also played an important role during the constitutional crisis that arose following the 1876 presidential election, as five of its members served on the Electoral Commission that Congress created to settle the dispute over who won the Electoral College vote.

During the Waite's tenure, the jurisdiction of federal circuit courts (as against that of the State courts) was expanded by the Jurisdiction and Removal Act of 1875, which gave the federal judiciary full jurisdiction over federal questions. As a result of the change, caseloads in the federal courts grew considerably.

Davis resigned from the court in 1877 to serve in the United States Senate, and President Rutherford B. Hayes successfully nominated John Marshall Harlan to replace him. In 1880, Hayes successfully nominated William Burnham Woods to replace the retiring Strong. In 1881, President James Garfield nominated Stanley Matthews to replace the retiring Swayne. President Chester A. Arthur added Horace Gray and Samuel Blatchford to the court, replacing Clifford and Hunt. Woods died in 1887, and President Grover Cleveland appointed Lucius Quintus Cincinnatus Lamar II to the court. 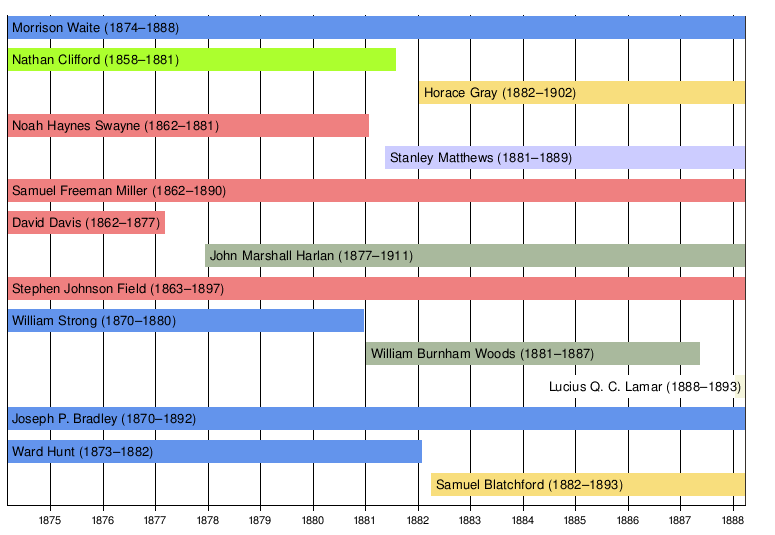 Notable rulings of the Waite Court include: