Head of government of the Kingdom of Tonga The office of prime minister was established by the Constitution of 1875, whose article 51 stipulates that the prime minister and other ministers are appointed and dismissed by the king.[7]

During the 2000s, the country experienced an increase in democratization. In March 2006, King Tāufaʻāhau Tupou IV appointed Feleti Sevele, a moderate member of the Human Rights and Democracy Movement, as prime minister. Sevele was the first commoner to hold this post since Shirley Waldemar Baker in 1881. All the prime ministers since Baker had been members of the nobility, or even the royal family.[8]

In July 2008, King George Tupou V announced more substantial democratic reforms. He would abandon the essential part of his executive powers, and would henceforth follow the custom of monarchies such as the United Kingdom, exercising his prerogatives only with the prime minister's advice. In addition, he would no longer appoint the prime minister anyone he wished, but would appoint a member of the Legislative Assembly to be elected by the Legislative Assembly.[9][10][11] 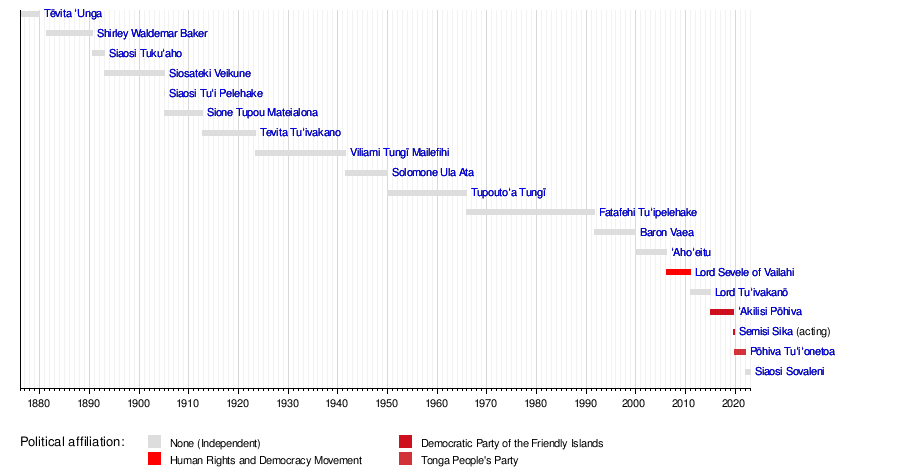