Head of the Portuguese government

There is no limit to the number of terms a person can serve as Prime Minister. The Prime Minister is appointed by the President of the Republic following legislative elections, after having heard the parties represented in the Parliament. Usually, the person named is the leader of the largest party in the previous election, but there have been exceptions over the years.

Since the Middle Ages, some officers of the Portuguese Crown gained precedence over the others, serving as a kind of prime ministers. Over time, the role of principal officer of the Crown fell upon the chanceler-mor (chancellor), the mordomo-mor (mayor of the palace) and the escrivão da puridade (king's private secretary).

The present title Primeiro-Ministro (Prime Minister), attributed to the head of the Government of Portugal, was officially established by the Constitution of 1976 after the revolution of 25 April 1974 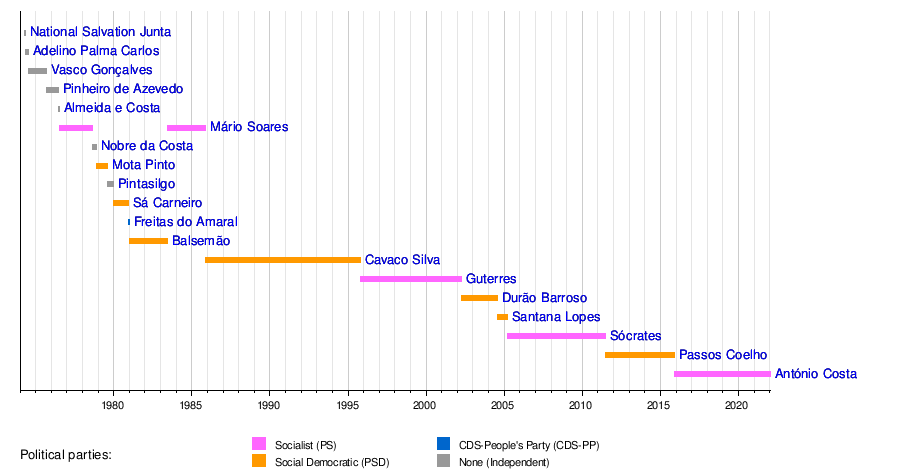 Term of office in years

As of January 2022, there are seven living former prime ministers of Portugal, as seen below.