Writing system of the Assamese language

This article contains the Assamese alphabet. Without proper rendering support, you may see errors in display.

The Assamese alphabet[2] (Assamese: অসমীয়া বৰ্ণমালা, Oxomiya bornomala) is a writing system of the Assamese language and is a part of the Bengali-Assamese script. This script was also used in Assam and nearby regions for Sanskrit as well as other languages such as Bodo (now Devanagari), Khasi (now Roman), Mising (now Roman), Jaintia (now Roman) etc. It evolved from Kamarupi script. The current form of the script has seen continuous development from the 5th-century Umachal/Nagajari-Khanikargaon rock inscriptions written in an eastern variety of the Gupta script, adopting significant traits from the Siddhaṃ script in the 7th century. By the 17th century three styles of Assamese alphabets could be identified (baminiya, kaitheli and garhgaya)[3] that converged to the standard script following typesetting required for printing. The present standard is identical to the Bengali alphabet except for two letters, ৰ (ro) and ৱ (vo); and the letter ক্ষ (khya) has evolved into an individual consonant by itself with its own phonetic quality whereas in the Bengali alphabet it is a conjunct of two letters.

The Buranjis were written during the Ahom dynasty in the Assamese language using the Assamese alphabet. In the 14th century Madhava Kandali used Assamese alphabets to compose the famous Saptakanda Ramayana, which is the Assamese translation of Valmiki's Sanskrit Ramayana. Later, Sankardev used it in the 15th and 16th centuries to compose his oeuvre in Assamese and Brajavali dialect, the literary language of the bhakti poems (borgeets) and dramas.

The Ahom king Supangmung (1663–1670) was the first ruler who started issuing Assamese coins for his kingdom. Some similar scripts with minor differences are used to write Maithili, Bengali, Meithei and Sylheti.

The Umachal rock inscription of the 5th century evidences the first use of a script in the region. The script was very similar to the one used in Samudragupta's Allahabad Pillar inscription. Rock and copper plate inscriptions from then onwards, and Xaansi bark manuscripts right up to the 18th–19th centuries show a steady development of the Assamese alphabet. The script could be said to develop proto-Assamese shapes by the 13th century. In the 18th and 19th century, the Assamese script could be divided into three varieties: Kaitheli (also called Lakhari in Kamrup region, used by non-Brahmins), Bamuniya (used by Brahmins, for Sanskrit) and Garhgaya (used by state officials of the Ahom kingdom)—among which the Kaitheli style was the most popular, with medieval books (like the Hastir-vidyrnava) and sattras using this style.[4] In the early part of the 19th century, Atmaram Sarmah designed the first Assamese script for printing in Serampore, and the Bengali and Assamese lithography converged to the present standard that is used today.

The script presently has a total of 11 vowel letters, used to represent the eight main vowel sounds of Assamese, along with a number of vowel diphthongs. All of these are used in both Assamese and Bengali, the two main languages using the script. In addition to the vowel system in the Bengali alphabet the Assamese alphabet has an additional "matra" (ʼ) that is used to represent the phonemes অʼ and এʼ. Some of the vowel letters have different sounds depending on the word, and a number of vowel distinctions preserved in the writing system are not pronounced as such in modern spoken Assamese or Bengali. For example, the Assamese script has two symbols for the vowel sound [i] and two symbols for the vowel sound [u]. This redundancy stems from the time when this script was used to write Sanskrit, a language that had a short [i] and a long [iː], and a short [u] and a long [uː]. These letters are preserved in the Assamese script with their traditional names of hôrswô i (lit. 'short i') and dirghô i (lit. 'long i'), etc., despite the fact that they are no longer pronounced differently in ordinary speech.

Vowel signs can be used in conjunction with consonants to modify the pronunciation of the consonant (here exemplified by ক, kô). When no vowel is written, the vowel অ (ô or o) is often assumed. To specifically denote the absence of a vowel, (্) may be written underneath the consonant. 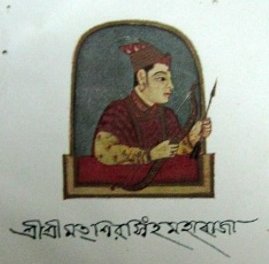 The names of the consonant letters in Assamese are typically just the consonant's main pronunciation plus the inherent vowel ô. Since the inherent vowel is assumed and not written, most letters' names look identical to the letter itself (e.g. the name of the letter ঘ is itself ঘ ghô). Some letters that have lost their distinctive pronunciation in Modern Assamese are called by a more elaborate name. For example, since the consonant phoneme /n/ can be written ন, ণ, or ঞ (depending on the spelling of the particular word), these letters are not simply called no; instead, they are called ন dontiya no ("dental n"), ণ murdhoinno no ("retroflex n"), and ঞ nio. Similarly, the phoneme /x/ can be written as শ taloibbo xo ("palatal x"), ষ murdhoinno xo ("retroflex x"), or স dontia xo ("dental x"), the phoneme /s/ can be written using চ prothom sô ("first s") or ছ ditio so ("second s"), and the phoneme /z/ can be written using জ borgia zo ("row z" = "the z included in the five rows of stop consonants") or য ontostho zo ("z situated between" = "the z that comes between the five rows of stop consonants and the row of sibilants"), depending on the standard spelling of the particular word. A few of Asamiya Consonant Conjuncts.

Assamese or Asamiya consonants include thirty three pure consonant letters in Assamese alphabet and each letter represents a single sound with an inherent vowel, the short vowel /a /.

Some letters have lost their distinctive pronunciation in modern Assamese are called by a more elaborate name. For example, since the consonant phoneme /n/ can be written ন, ণ, or ঞ (depending on the spelling of the particular word), these letters are not simply called no; instead, they are called ন dointo no ("dental n"), ণ murdhoinno no ("cerebral n"), and ঞ nio.

The consonants can be arranged in following groups:

To write a consonant without the inherent vowel the halant sign is used below the base glyph. In Assamese this sign is called haxanta. (্)

In Assamese, the combination of three consonants is possible without their intervening vowels. There are about 122 conjunct letters. A few conjunct letters are given below:

Chandrabindu ( ঁ ) denotes nasalization of the vowel that is attached to it .

Consonant clusters according to Goswami

According to Dr. G. C. Goswami the number of two-phoneme clusters is 143 symbolised by 174 conjunct letters. Three phoneme clusters are 21 in number, which are written by 27 conjunct clusters. A few of them are given hereafter as examples:

Three distinct variations of Assamese script from the Bengali

Though ক্ষ is used in Bengali as a conjunct letter. Cha or Chha too has different pronunciation.

The keyboard locations of three characters unique to the Assamese script are depicted below:

The "Indian languages TRANSliteration" (ITRANS) the ASCII transliteration scheme for Indic scripts here, Assamese; the characterisations are given below:

The following is a sample text in Assamese of Article 1 of the Universal Declaration of Human Rights:

Assamese in the International Phonetic Alphabet

1st Article: Congenitally all human dignity and right-in equal and free. their conscience exists, intellect exists. They everyone everyone-to brotherly behaviour to-do should.

Article 1: All human beings are born free and equal in dignity and rights. They are endowed with reason and conscience. Therefore, they should act towards one another in a spirit of brotherhood.

The Bengali–Assamese script was added to the Unicode Standard in October 1991 with the release of version 1.0.

The Unicode block for Assamese and Bengali is U+0980–U+09FF: