The classical or traditional Mongolian script,[note 1] also known as the Hudum Mongol bichig,[note 2] was the first writing system created specifically for the Mongolian language, and was the most widespread until the introduction of Cyrillic in 1946. It is traditionally written in vertical lines

Top-Down, right across the page. Derived from the Old Uyghur alphabet, it is a true alphabet, with separate letters for consonants and vowels. It has been adapted for such languages as Oirat and Manchu. Alphabets based on this classical vertical script continue to be used in Mongolia and Inner Mongolia to write Mongolian, Xibe and, experimentally, Evenki.

Computer operating systems have been slow to adopt support for Mongolian script; almost all have incomplete support or other text rendering difficulties. The so-called Stone of Genghis Khan or Stele of Yisüngge, with the earliest known inscription in the Mongolian script.[1]: 33

The Mongolian vertical script developed as an adaptation of the Old Uyghur alphabet for the Mongolian language.[2]: 545  From the seventh and eighth to the fifteenth and sixteenth centuries, the Mongolian language separated into southern, eastern and western dialects. The principal documents from the period of the Middle Mongol language are: in the eastern dialect, the famous text The Secret History of the Mongols, monuments in the Square script, materials of the Chinese–Mongolian glossary of the fourteenth century and materials of the Mongolian language of the middle period in Chinese transcription, etc.; in the western dialect, materials of the Arab–Mongolian and Persian–Mongolian dictionaries, Mongolian texts in Arabic transcription, etc.[3]: 1–2  The main features of the period are that the vowels ï and i had lost their phonemic significance, creating the i phoneme (in the Chakhar dialect, the Standard Mongolian in Inner Mongolia, these vowels are still distinct); inter-vocal consonants γ/g, b/w had disappeared and the preliminary process of the formation of Mongolian long vowels had begun; the initial h was preserved in many words; grammatical categories were partially absent, etc. The development over this period explains why the Mongolian script looks like a vertical Arabic script (in particular the presence of the dot system).[3]: 1–2

Eventually, minor concessions were made to the differences between the Uyghur and Mongol languages: In the 17th and 18th centuries, smoother and more angular versions of the letter tsadi became associated with [dʒ] and [tʃ] respectively, and in the 19th century, the Manchu hooked yodh was adopted for initial [j]. Zain was dropped as it was redundant for [s]. Various schools of orthography, some using diacritics, were developed to avoid ambiguity.[2]: 545

Traditional Mongolian is written vertically from top to bottom, flowing in lines from left to right. The Old Uyghur script and its descendants, of which traditional Mongolian is one among Oirat Clear, Manchu, and Buryat are the only known vertical scripts written from left to right. This developed because the Uyghurs rotated their Sogdian-derived script, originally written right to left, 90 degrees counterclockwise to emulate Chinese writing, but without changing the relative orientation of the letters.[4][1]: 36

The reed pen was the writing instrument of choice until the 18th century, when the brush took its place under Chinese influence.[5]: 422  Pens were also historically made of wood, reed, bamboo, bone, bronze, or iron. Ink used was black or cinnabar red, and written with on birch bark, paper, cloths made of silk or cotton, and wooden or silver plates.[6]: 80–81

Mongols learned their script as a syllabary, dividing the syllables into twelve different classes, based on the final phonemes of the syllables, all of which ended in vowels.[7]

The traditional or classical Mongolian alphabet, sometimes called Hudum 'traditional' in Oirat in contrast to the Clear script (Todo 'exact'), is the original form of the Mongolian script used to write the Mongolian language. It does not distinguish several vowels (o/u, ö/ü, final a/e) and consonants (syllable-initial t/d and k/g, sometimes ǰ/y) that were not required for Uyghur, which was the source of the Mongol (or Uyghur-Mongol) script.[4] The result is somewhat comparable to the situation of English, which must represent ten or more vowels with only five letters and uses the digraph th for two distinct sounds. Ambiguity is sometimes prevented by context, as the requirements of vowel harmony and syllable sequence usually indicate the correct sound. Moreover, as there are few words with an exactly identical spelling, actual ambiguities are rare for a reader who knows the orthography.

Letters have different forms depending on their position in a word: initial, medial, or final. In some cases, additional graphic variants are selected for visual harmony with the subsequent character.

The rules for writing below apply specifically for the Mongolian language, unless stated otherwise.

Any Mongolian word can contain the neutral vowel i, but only vowels from either of the other two groups. The vowel qualities of visually separated vowels and suffixes must likewise harmonize with those of the preceding word stem. Such suffixes are written with front or neutral vowels when preceded by a word stem containing only neutral vowels. Any of these rules might not apply for foreign words however.[3]: 11, 35, 39 [24]: 10 [25]: 4 [21] Two examples of the two kinds of letter separation: with the suffix ‑un (

The presence or lack of a separated a or e can also indicate differences in meaning between different words (compare ᠬᠠᠷ᠎ᠠ⟨?⟩ qar‑a 'black' with ᠬᠠᠷᠠ qara 'to look').[28]: 3 [27]: 535

Its form could be confused with that of the identically shaped traditional dative-locative suffix ‑a/‑e exemplified further down. That form however, is more commonly found in older texts, and more commonly takes the forms of ⟨ᠲ᠋ᠤᠷ⟩ tur/tür or ⟨ᠳ᠋ᠤᠷ⟩ dur/dür instead.[24]: 15 [29][1]: 46 Two medial consonants are the most that can come together in original Mongolian words. There are however, a few loanwords that can begin or end with two or more.[note 10]

In the modern language, proper names (but not words) usually forms graphic compounds (such as those of ᠬᠠᠰᠡᠷᠳᠡᠨᠢ Qas'erdeni 'Jasper-jewel' or ᠬᠥᠬᠡᠬᠣᠲᠠ Kökeqota – the city of Hohhot). These also allow components of different harmonic classes to be joined together, and where the vowels of an added suffix will harmonize with those of the latter part of the compound. Orthographic peculiarities are most often retained, as with the short and long teeth of an initial-shaped ⟨ᠥ‍→‍ᠥ᠌‍⟩ ö in ᠮᠤᠤ‍‍ᠥ᠌‍‍ᠬᠢᠨ Muu'ökin 'Bad Girl' (protective name). Medial t and d, in contrast, are not affected in this way.[3]: 30 [32]: 92 [1]: 44 [15]: 88

Isolate citation forms for syllables containing o, u, ö, and ü may in dictionaries appear without a final tail as in ⟨ᠪᠣ⟩ bo/bu or ⟨ᠮᠣ᠋⟩ mo/mu, and with a vertical tail as in ⟨ᠪᠥ᠋⟩ bö/bü or ⟨ᠮᠥ᠋⟩ mö/mü (as well as in transcriptions of Chinese syllables).[21][1]: 39

In 1587, the translator and scholar Ayuush Güüsh (Аюуш гүүш) created the Galik alphabet (Али-гали Ali-gali), inspired by the third Dalai Lama, Sonam Gyatso. It primarily added extra characters for transcribing Tibetan and Sanskrit terms when translating religious texts, and later also from Chinese. Some of those characters are still in use today for writing foreign names (as listed below).[36]

A KFC in Hohhot, the capital of Inner Mongolia, China, with a trilingual sign in English, Chinese, and Mongolian Abbreviation exemplified with the initial syllable of the Mongolian tögrög (ᠲᠥ‍᠂)

When written between words, punctuation marks use space on both sides of them. They can also appear at the very end of a line, regardless of where the preceding word ends.[32]: 99  Red (cinnabar) ink is used in many manuscripts, to either symbolize emphasis or respect.[32]: 241  Modern punctuation incorporates Western marks: parentheses; quotation, question, and exclamation marks; including precomposed ⁈ and ⁉.[27]: 535–536

Listed in the table below are letter components (graphemes)[note 19] commonly used across the script. Some of these are used with several letters, and others to contrast between them. As their forms and usage may differ between writing styles, however, examples of these can be found under this section below. 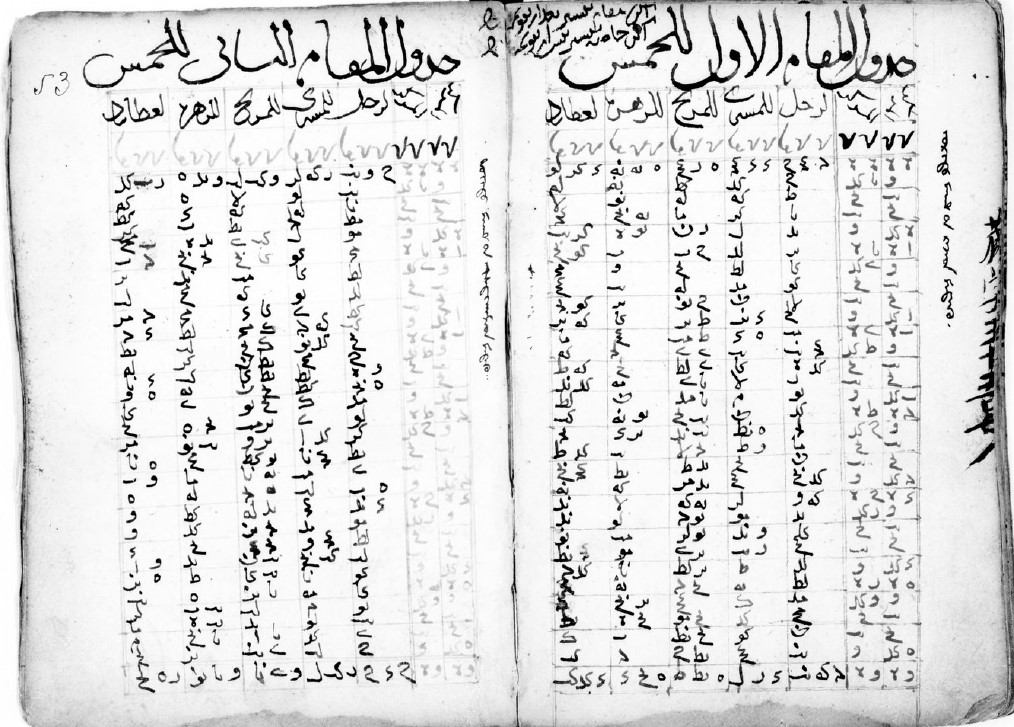 Examples of lengthened letterforms d and n in ‑daγan (left), and their regular equivalents (right)

The word čiγšabd in a Uyghur Mongolian style: exemplifying a dotted syllable-final γ, and a final bd ligature.[citation needed]

The Mongolian script was added to the Unicode standard in September 1999 with the release of version 3.0. However, several design issues have been pointed out.[50]

The Unicode block for Mongolian is U+1800–U+18AF. It includes letters, digits and various punctuation marks for Hudum Mongolian, Todo Mongolian, Xibe (Manchu), Manchu proper, and Ali Gali, as well as extensions for transcribing Sanskrit and Tibetan.

The standard Mongolian traditional script keyboard layout for personal computers is as follows: