Ottaplakkal Neelakandan Velu Kurup (known as O. N. V. Kurup; 27 May 1931 – 13 February 2016) was a Malayalam poet and lyricist from Kerala, India, who won the Jnanpith Award, the highest literary award in India for the year 2007. He received the awards Padma Shri in 1998 and Padma Vibhushan in 2011, the fourth and second highest civilian honours from the Government of India. In 2007 he was awarded an Honorary Doctorate by University of Kerala, Trivandrum. O. N. V. was known for his leftist leaning. He was a leader of All India Students Federation (AISF).[1] He died on 13 February 2016 at KIMS hospital in Thiruvananthapuram due to age-related illnesses, aged 84.[2]

O.N.V Kurup was born to O. N. Krishna Kurup and K. Lakshmikutty Amma, on 27 May 1931 at Chavara, Kollam (Quilon) in Kerala.[3][4] He lost his father when he was eight. His childhood days were spent in Chavara, where he attended the government school. After graduating with a bachelor's degree in economics from SN College, Kollam, he moved to Thiruvananthapuram city (Trivandrum) where he joined Travancore University (now Kerala University) and pursued Master of Arts in Malayalam literature.

He received the Jnanpith Award, India's highest literary award, for the year 2007.[5] He was the fifth Jnanpith laureate from Kerala and the second Malayalam poet to win the prestigious award.[6] According to a statement by Bharatiya Jnanpith, the trust which presents the award, Kurup began his career as a "progressive writer and matured into a humanist though he never gave up his commitment to socialist ideology".[7]

He was settled at Vazhuthacaud in Thiruvananthapuram, with his wife Sarojini, who was also his student in his early days. His son Rajeev works with the Indian Railways Authority, and daughter Mayadevi is a noted gynaecologist in Aster Medicity, Cochin. Malayalam playback singer Aparna Rajeev is his granddaughter.[citation needed]

O. N. V.'s first published poem was 'Munnottu' (Forward) which appeared in a local weekly in 1946.[8] His first poetry collection, Porutunna Soundaryam, came out in 1949. He published a book named Daahikunna Paanapaathram (The Thirsty Chalice) which was a collection of his early poems during 1946–1956.[9] 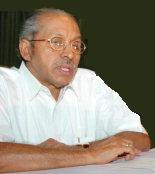 *Collection of 1500 songs. **Poems for children

In addition to the valuable contributions, he had given to the Malayalam literature, he was one of the leading lyricists in Malayalam film/drama/album industry. He was the part of many dramas by Kerala People's Arts Club (KPAC) which has a major remark in the revolutionary movements of Kerala. Kalam Marunnu (1956) was his first film which was also the first film by the famous Malayalam composer G. Devarajan. Since then, he has been active in film until his death and was honored with one national award and fourteen state awards (the most by a Malayalee). He has penned about 1000 songs[10] in about 232 films and numerous songs for plays and albums. His partnerships with Salil Chowdhury and M. B. Sreenivasan were so popular in Malayalam film industry. He has made many hit songs with popular music directors, including G. Devarajan, Raveendran, V. Dakshinamoorthy, M. S. Baburaj, M. K. Arjunan, K. Raghavan, Ilaiyaraaja, Shyam, Johnson, Bombay Ravi, Mohan Sithara, M. G. Radhakrishnan, S. P. Venkatesh, Ouseppachan, Vidyadharan and M. Jayachandran.

He also has been the part of various delegation at international events. Some of the notable among them being:

ONV Kurup died on 13 February 2016, due to age-related ailments at KIMS Hospital in Thiruvananthapuram. He was 84. He was cremated with full state honours at Thycaud Santhikavadam crematorium, which was named by him. At the time of his cremation, 84 singers representing the 84 years of his life, led by K. J. Yesudas, paid homage to him by singing his poems and songs. He is survived by his wife, children, grandchildren and great-grandchildren.