Map of the area codes

When one landline is used to dial another landline within the same area, it is not necessary to specify the area code. The target number must be prepended between different regions with the trunk prefix, which is 0.

The Special Administrative Regions of Hong Kong and Macau are not part of this numbering plan and use the country codes +852 and +853, respectively.

In mainland China, mobile phone numbers have 11 digits in the format 1xx-XXXX-XXXX (except for 140–144, which are 13-digit IoT numbers), in which the first three digits (13x to 19x) designate the mobile phone service provider.

Before GSM, mobile phones had 6-digit (later upgraded to 7-digit) numbers starting with nine. They had the same numbering format as fixed-line telephones. Those numbers were eventually translated into 1390xx9xxx, where xx were local identifiers.

In December 2016, each cell phone number was required to be consigned to a real name in mainland China.

In November 2010, MIIT has started the trial mobile number portability service in Tianjin and Hainan, in 2012 the trial has extended to Jiangxi, Hubei and Yunan provinces. In 10 November 2019, all provinces started accepting MNP requests for all mobile providers, except for technical difficults, the MVNO phones, satellite phones and IoT phones.

Mobile service providers can be identified by the first three or four digits as follows:

3 – TD-SCDMA networks are being deprecated by China Mobile since c.2020

4 – GSM networks are being deprecated by China Unicom since c.2020

To call phone numbers in China one of the following formats is used:

+86 1nn xxxx xxxx Calls to mobiles from outside China

The prefix one is used exclusively by the national capital, Beijing Municipality.

These are area codes for the municipalities of Shanghai, Tianjin, and Chongqing, as well as several major cities with early access to telephones. These cities have upgraded to an 8-number system in the past decade[when?]. All telephone numbers are 8-digit in these areas.

It's still unclear whether 26 will be provided or not, some local materials say that it's reserved for Taiwan (especially its capital Taipei), but currently they use +886.[4] Some proposals from planned independent cities (Chinese: 计划单列市) to get rights to operate 026 were also unsuccessful.[5][6]

These are area codes for the provinces of Hebei, Shanxi and Henan. 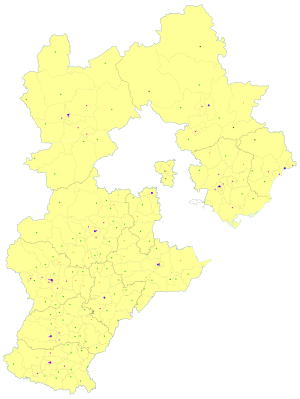 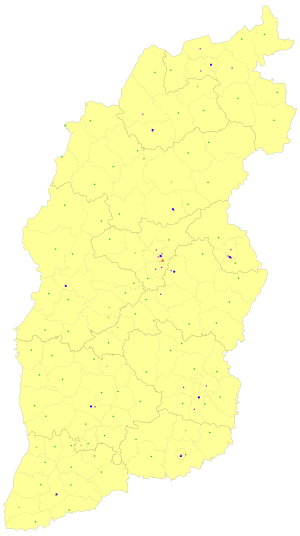 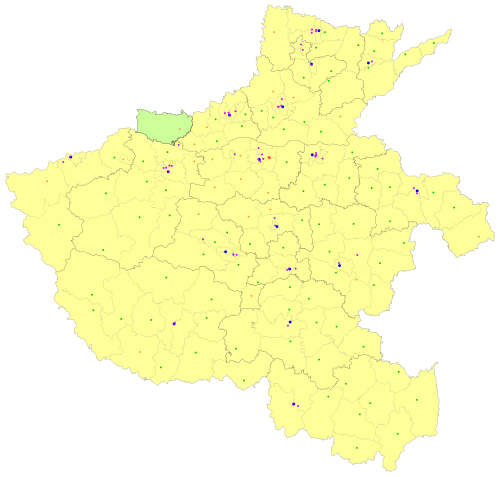 These are area codes for the autonomous region of Inner Mongolia, and the provinces in Northeast China (Liaoning, Jilin, and Heilongjiang). Additionally, numbers starting 400 are shared-pay (callers are charged local rate anywhere in the country) numbers[citation needed]. 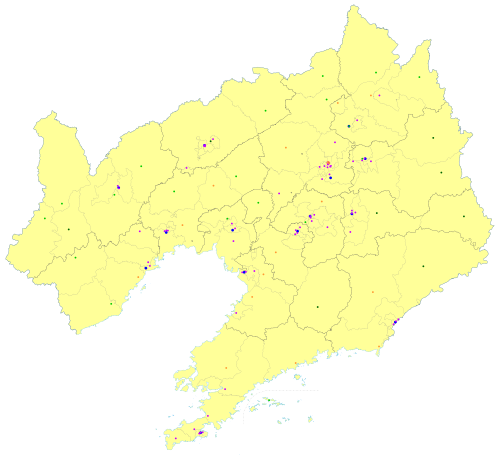 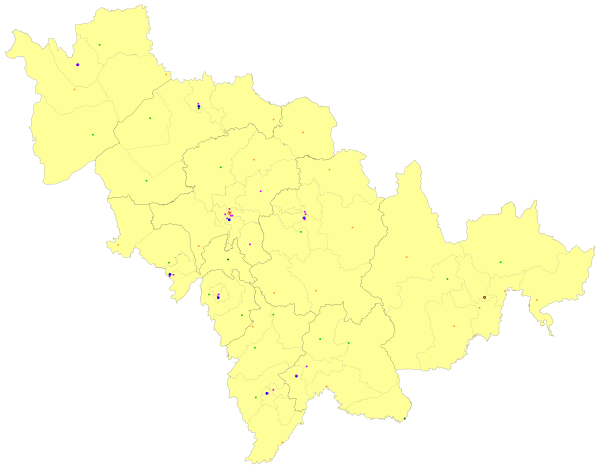 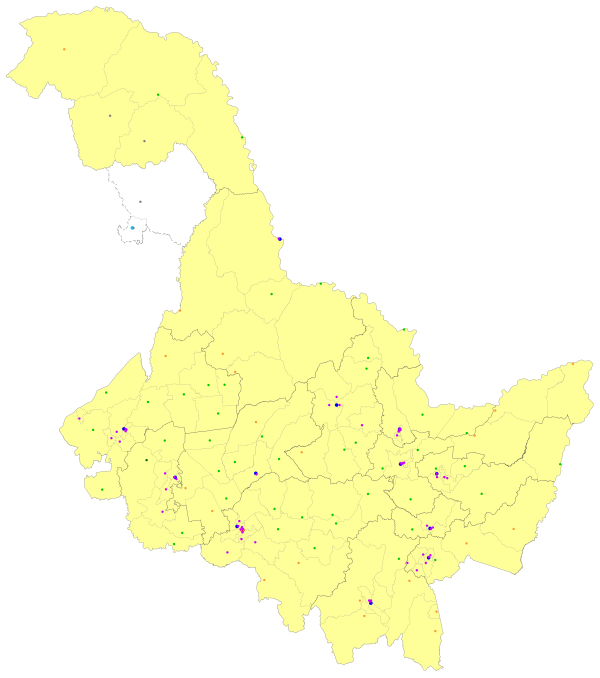 13 -Acheng formerly 450, abolished.
14 - Jiagedaqi and Songling are de facto under the administration of the Daxing'anling
Prefecture, uses 457. 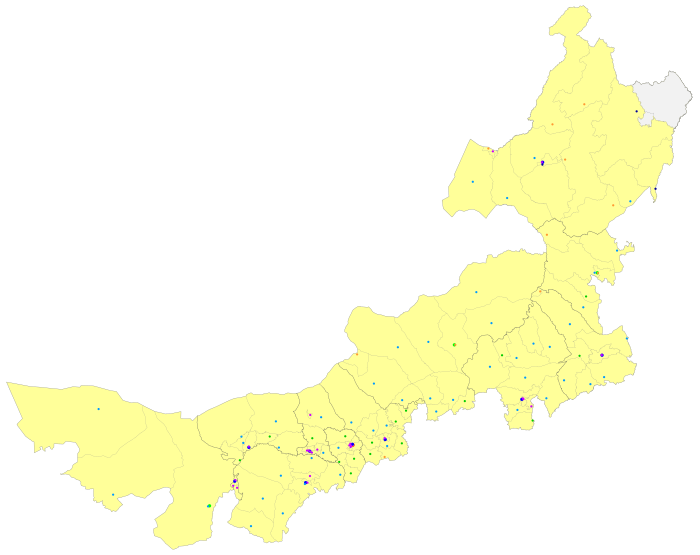 15 - Jiagedaqi and Songling are de facto under the administration of the Daxing'anling
Prefecture, uses 457.

These are area codes for the provinces of Jiangsu, Shandong (predominantly), Anhui, Zhejiang and Fujian.

All telephone numbers are 8-digit in Jiangsu. 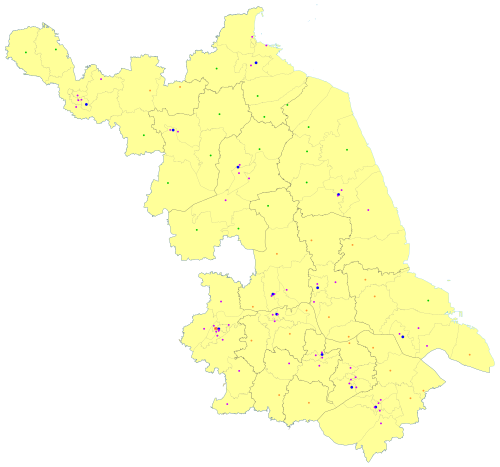 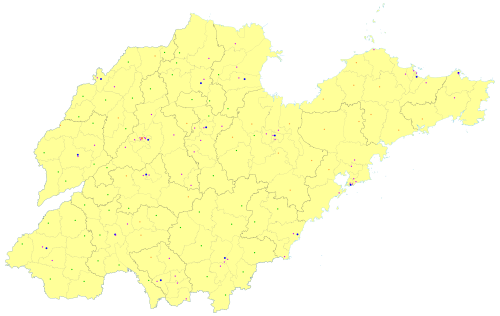 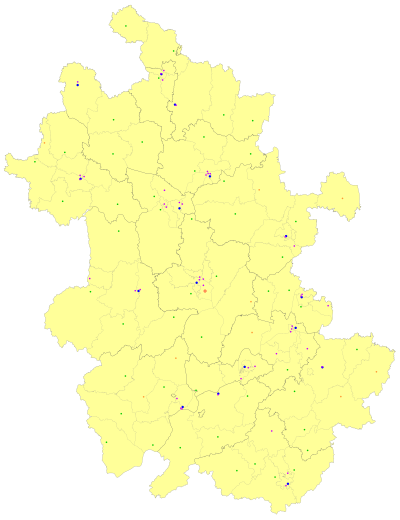 17 - Formerly 565 for Chaohu prefectural city era (i.e. before 2011), later splitted as: Hefei's 551 for Juchao district (now county-level Chaohu) and Lujiang county, Wuhu's 553 for Wuwei and Shenxiang Town of He county (now part of Jiujiang district), and Ma'anshan's 555 for He county (except Shenxiang) and Hanshan county.
18 - Split from Fuyang in 2000, no new area code allocated. 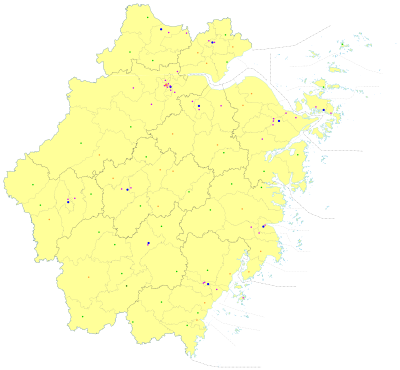 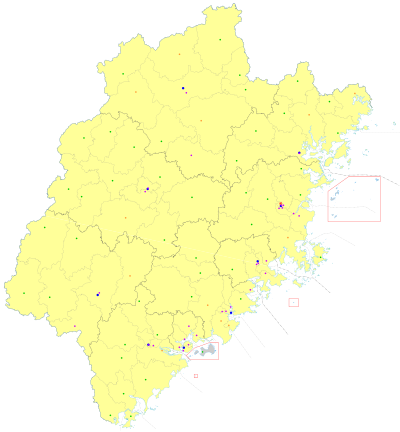 19 - Kinmen, Matsu, and Wuchiu are under Taiwanese government control, and hence use international calling code of +886.

All area codes with prefix 6 were assigned in recent years. This prefix (+866) previously was reserved for Taiwan, which is now assigned (+886).[7]

Chaoyang county-level city was using 661, now changed to 754 after splitted to Chaoyang and Chaonan districts and join Shantou.

These are area codes for the central provinces of Hubei, Hunan, Guangdong (predominantly), Jiangxi, and the autonomous region of Guangxi. 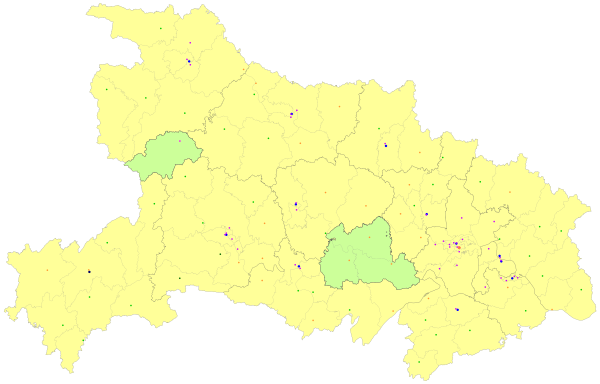 20 - except Huarong district which uses Wuhan's 27. 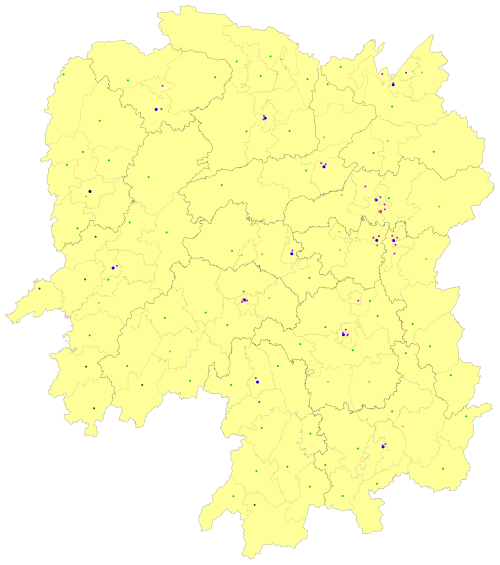 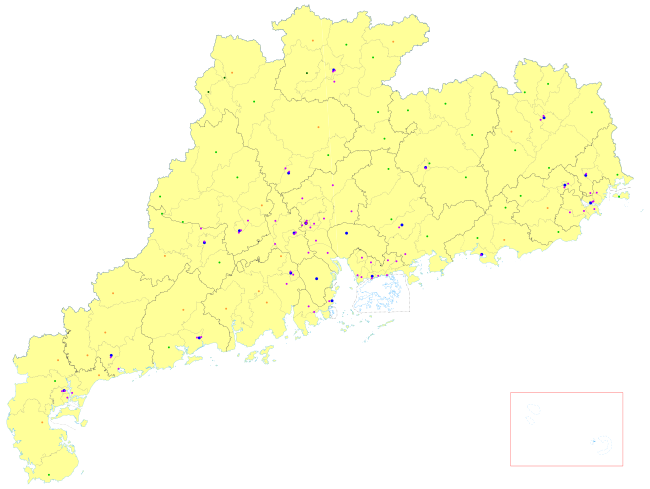 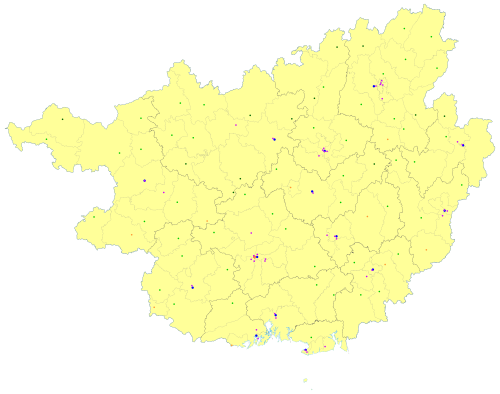 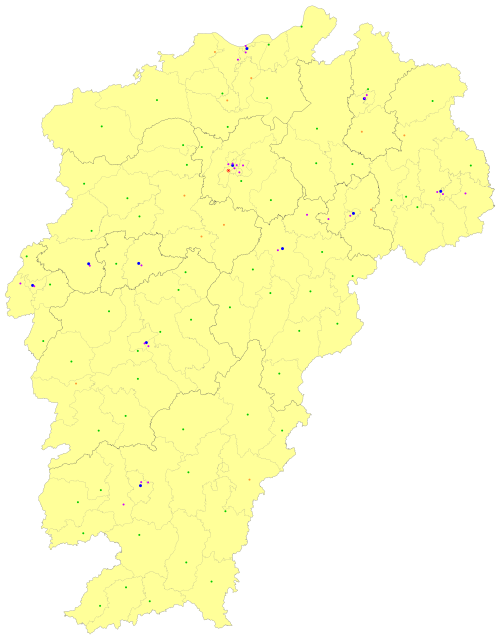 These are area codes for the provinces of Sichuan, Hainan, Guizhou, Yunnan (predominantly) and the autonomous region of Tibet. 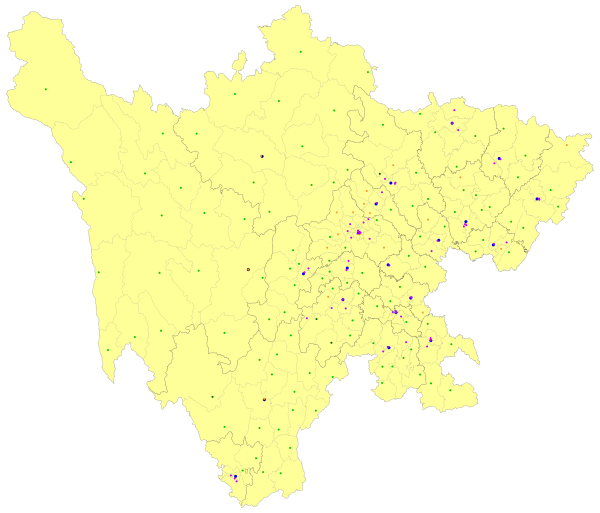 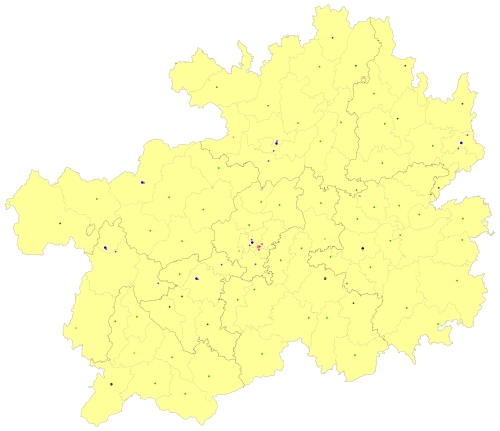 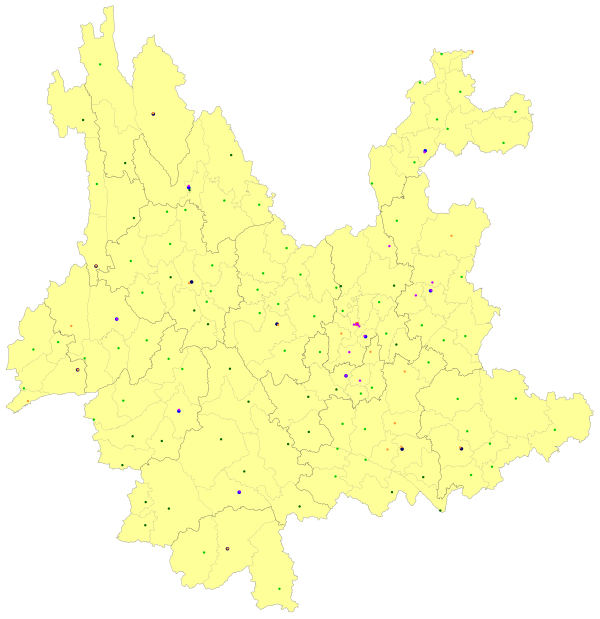 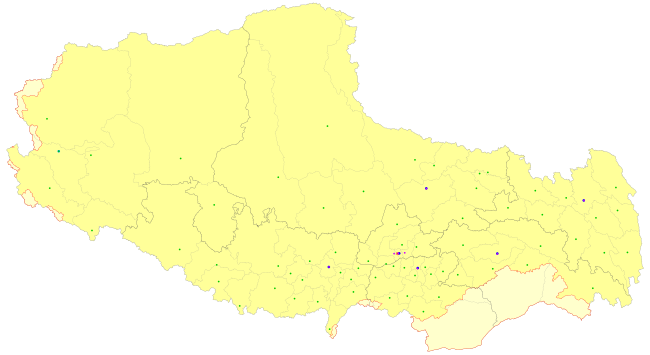 All telephone numbers are 8-digit in Hainan.


Formerly (most likely before 2000), Sanya, Wuzhishan, Lingshui, Ledong, Baoting and Qiongzhong were 899, Danzhou, Dongfang, Lingao, Baisha and Changjiang were 890.

These are area codes for northwestern regions including the provinces of Shaanxi, Gansu and Qinghai, as well as the autonomous regions of Ningxia and Xinjiang. 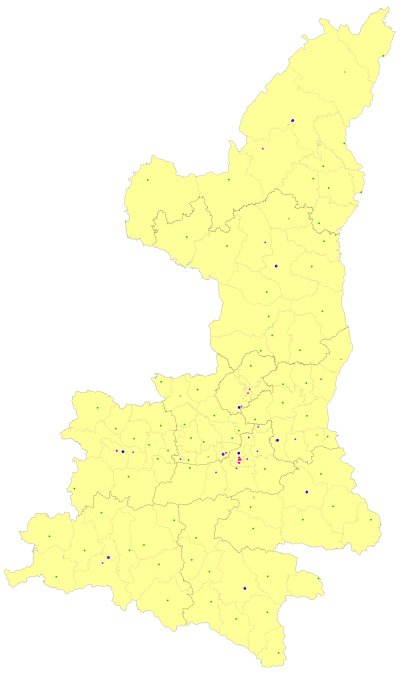 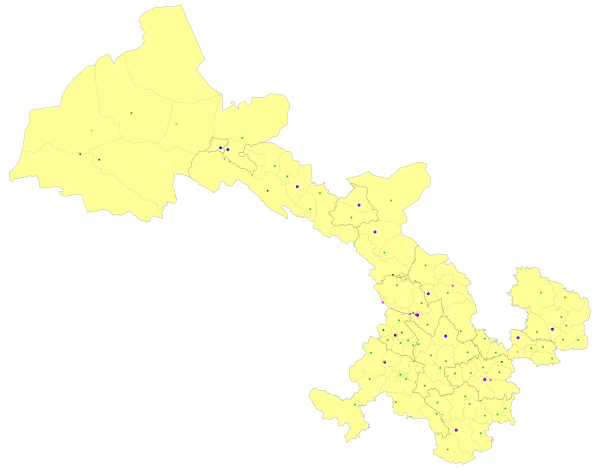 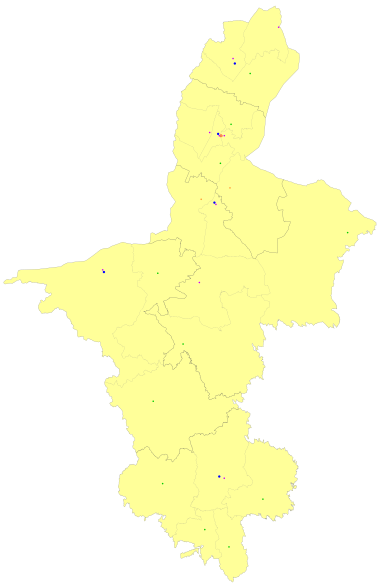 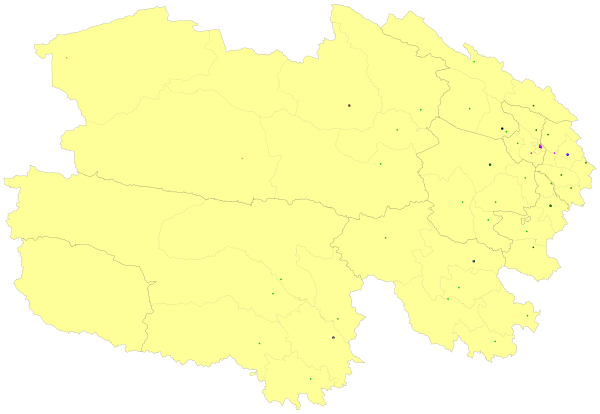 32 - Area under the administration of Golmud uses 979, other landlines within the prefecture use 977. 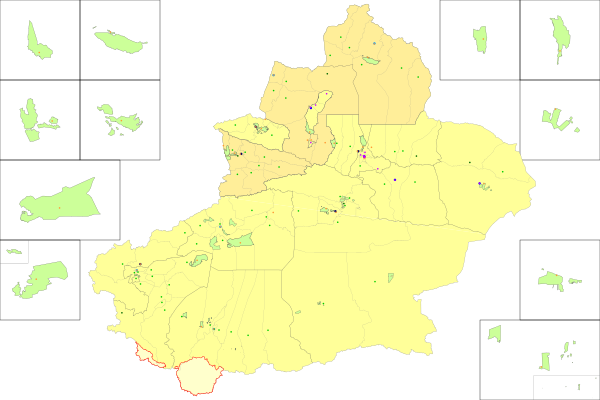 From within Mainland China, the following emergency numbers are used:

In most cities, the emergency numbers assist in Mandarin Chinese and English.

Starting from 2012 in Shenzhen, an implemented system upgrade to unify three emergency reporting services into one number, 110. A similar approach is being installed in more cities in China to make them more convenient.

Dialing 112, 911, and 999 (outside Beijing without area code 010) plays a recording message about the correct emergency numbers in Chinese and English twice: "For police, dial 110. To report a fire, dial 119. For ambulance, dial 120. To report a traffic accident, dial 122." on China Mobile and China Unicom phones, NO SERVICES will be redirected. The error messages "Number does not exist" will be played on China Telecom phones, and NO SERVICES will be redirected. However, some local report said that in sometimes, only within Beijing, China Unicom landlines and mobile phones call 010-112 may be successful as reporting service for call failures.

From within Mainland China, the following special numbers are used:

(ex. 962288 in Shanghai – Shanghai foreigner assistant hotline, outside Shanghai people should dial 021-962288, or they will receive an error message or undesired service message)

The international access code from the PRC is 00. This must also be used for calls to Taiwan, Hong Kong and Macau from the Chinese mainland, together with their separate international codes, as follows: